I just realized I never posted this – better late than never, right?

As I write I have dozens of playlists that I filter through. Some are general playlists for when I need a certain mood or have a certain setting. Others are specific to the book, and songs for specific scenes.

Leading up to the release of the book, I tease these playlists with lyric images for #MusicMonday on my social media. Then, I release the whole playlist after the book is out with explanations. In advance of The Crystal Tour for the release of Crystal Crowned, I’ll kick off Music Mondays with the final Water’s Wrath playlist!

Note… There are some light spoilers for Water’s Wrath below. I was pretty vague, but if you’re sensitive to spoilers you may want to wait until you read the book.

1) Alone Together by Fall Out Boy
This is a Vhalla/Jax song for me. And not in a romantic way! There’s elements of their personalities that really mirror each other’s in different ways. When Jax first finds her in the Crossroads this is how I see their relationship, them being alone together. 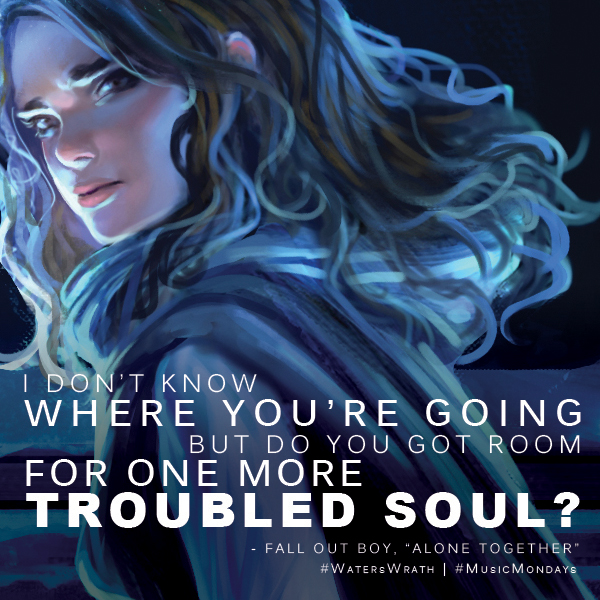 2) Crash and Burn by Savage Garden
First off, shout out to Savage Garden, my love for this duo has never died! (That early 2000s music video though… LOL) Of course, this echoes Vhalla and Aldrik, and the reference to “burn” can’t be ignored. 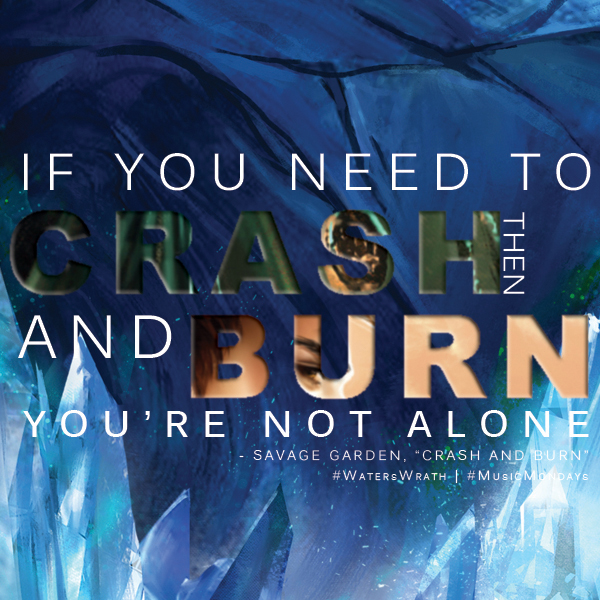 3) War of Hearts by Ruelle
The tension in this song is very Vhalla/Aldrik to me. Where Crash and Burn is optimistic and hopeful, what they want to be to each other, War of Hearts is a bit more literal. I think it describes them at the start of the book when they struggle with what they are and what they can be. 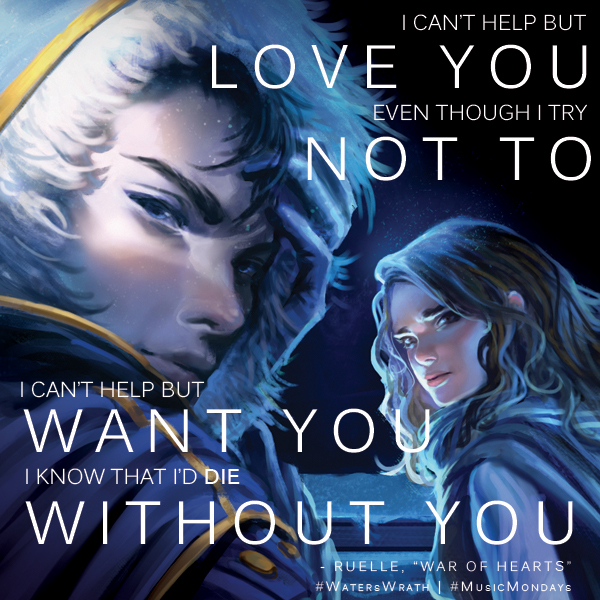 4) I’m a Mess by Ed Sheeran
When I first heard this song I had no question that it had to go on the Water’s Wrath playlist. This is 1000% Aldrik. All you have to do is listen to/read the lyrics to see: 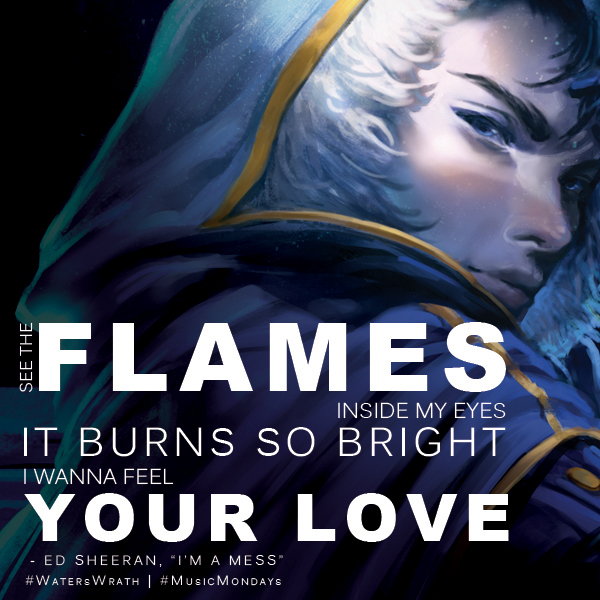 5) The Show Must Go On by Queen
Classic rock. This is one of the most epic songs out there and if you’ve never heard it (or only heard the Moulin Rouge cover) you MUST listen to the original. There’s lyrics that I think describe the entire main cast, as each character is faced with that point in which they must push forward despite everything falling apart around them.

6) Gravity by Sarah Bareilles
Another Vhalla/Aldrik song. This song really describes Vhalla’s mindset in the beginning of the book and is a sort of testament to all the unhealthy aspects of her relationship that she works to fix, escape, repair, remove, etc, throughout the books. 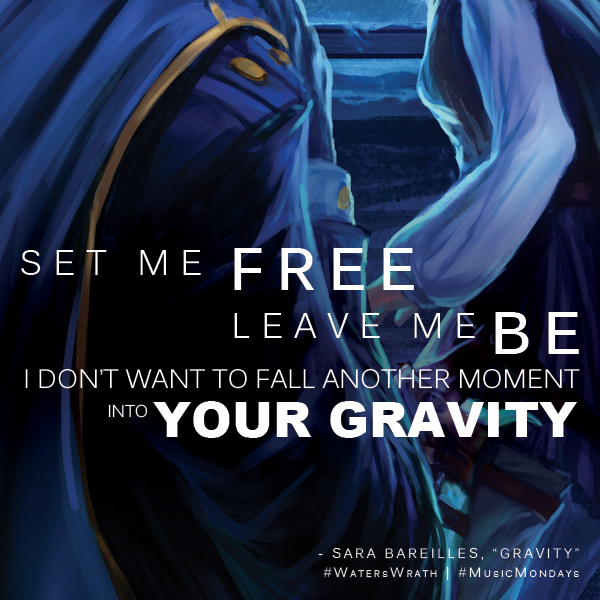 7) Stay by Rihanna (feat. Mikky Ekko)
Tired of Vhalla/Aldrik songs yet? It’s a pretty transformation heavy book for them so I have a lot that I swapped out when writing. There’s one lyric that when I first heard it I knew this song had to be on my playlist:

8) I am SHERlocked from Sherlock
This is an instrumental only song… But the way it builds (and how it was used in the original show) holds so much emotion. I played it when I wrote the “crowning” scene toward the end of the book.

9) Trade Mistakes by Panic! At the Disco
Yet another song that has lyrics which describe a number of the characters. By this point in the series, most characters have made mistake they wished they could trade away, the kind that keeps them up at night. Fun fact… Most Panic! At the Disco songs I think of Jax with. Brendon Urie’s mannerisms and humor (not appearance) I imagine to be VERY Jax. So this song has dual meanings, one for book 4 with a bunch of characters, and one special to Jax’s history.

10) Brother (Stripped Back Version) by Matt Corby
This is the one lyric image I never posted during #MusicMondays for Water’s Wrath. This song, specifically the stripped back version, is so haunting, and perfect, and heartbreaking… It is 100% a Baldair/Aldrik song. 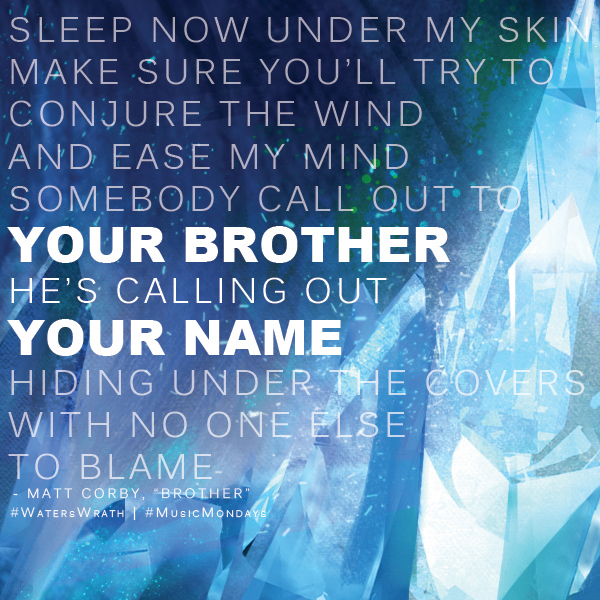 11) Undone by FFH
This song is the last on the playlist, and it represents the conclusion of the book for me. 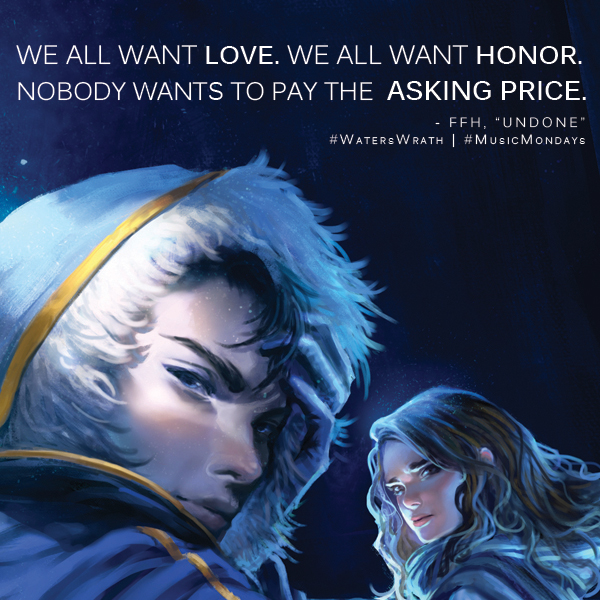