This novel was so much fun to write and I’m so excited that I get to share it with you all today! The Crown’s Dog is the first in the Golden Guard Trilogy, an Air Awakens prequel series that tells the story of how the Golden Guard was formed from the member’s unique perspectives. This first novel is written from the perspective of Jax and Erion as they spend the summer trying to manage the wild nature of a certain “Golden Prince.”

To celebrate, I’m giving away a free coloring sheet to my newsletter subscribers! Current subscribers should have the monthly newsletter with a link to the coloring sheet sometime in the next 24 hours. Those who are new should check their email (spam and promotional folders, too) for a confirmation email from me with the link. 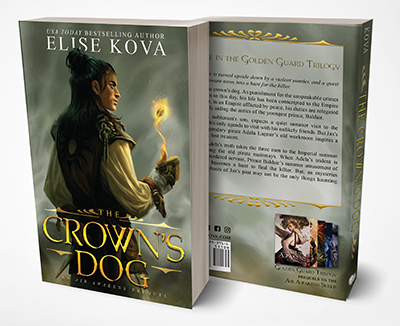