The Complete Map of Loom

One of the “unlockables” in the Guild Games are portions of the map of Loom. The final portion has now been unlocked and you can feast your eyes on the complete Map of Loom!

Unlocked: The Map of Loom 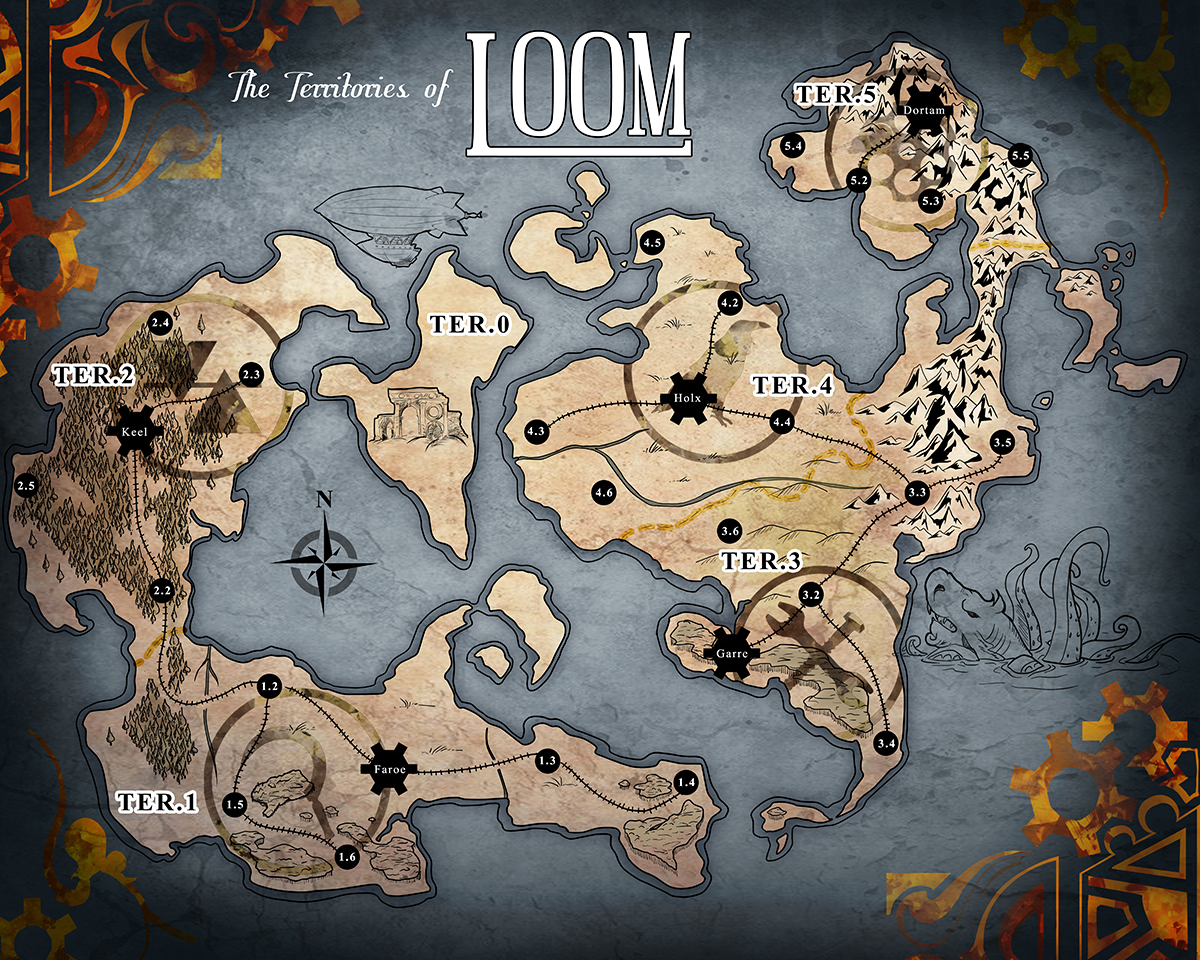 Exposed with the final bit of map are Territories 4 and 0. Territory 4 is home to the Ravens. A convenient location for the transporters of Loom. Learn more about the Ravens here.

As previously mentioned, the Territories and cities of Loom are numbered in order of their founding. So then why was Ter.1, home of the Harvesters the first, and not Ter.0?

Ter.0 was founded around the same time as Ter.5, though it did not gain a sequential number like the rest of the Territories. This is because Ter.0 was established as a “no man’s land” in the relative center of the world. Unconnected to anything else, the five Guilds of Loom worked together to construct a place in which they all could meet without obligation to any one guild. It was a location that was owned by no individual guild and used by all of them.

It was on Ter.0 that the Vicar Tribunal would be held, as needed, and where breeding would take place. The Fenthri of Loom are a sterile race, only able to reproduce when induced. Therefore, every guild would contribute a certain number of Fenthri every few years to head to Ter.0, conceive, and birth the next generation of Fenthri before returning home to their Guilds. The children would be raised in an academy maintained by equal portions of every guild so that, for the first ten years of their life, they would gain a sufficient base level of knowledge. After ten years, they would choose their guild to become an initiate in and then finish off their training through journeyman.

However, after the Dragons assumed Loom under their control, Ter.0 was destroyed and has not been used since…

Want to travel to Ter.0?

Next week, as part of the Guild Games, there will be the first Vicar Tribunal on Ter.0 (Facebook)! members of all guilds, at all levels, are welcome. It is sure to be an informative time on each of the guilds as well as fun with giveaways from the Dragon Queen and more.