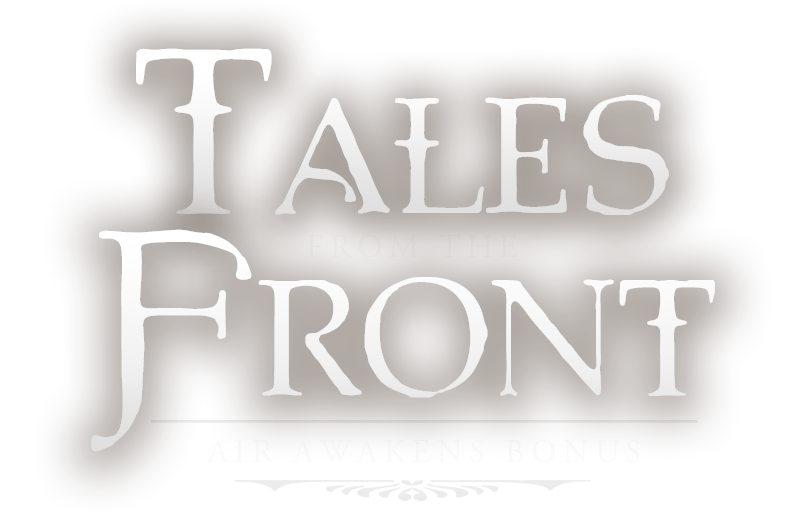 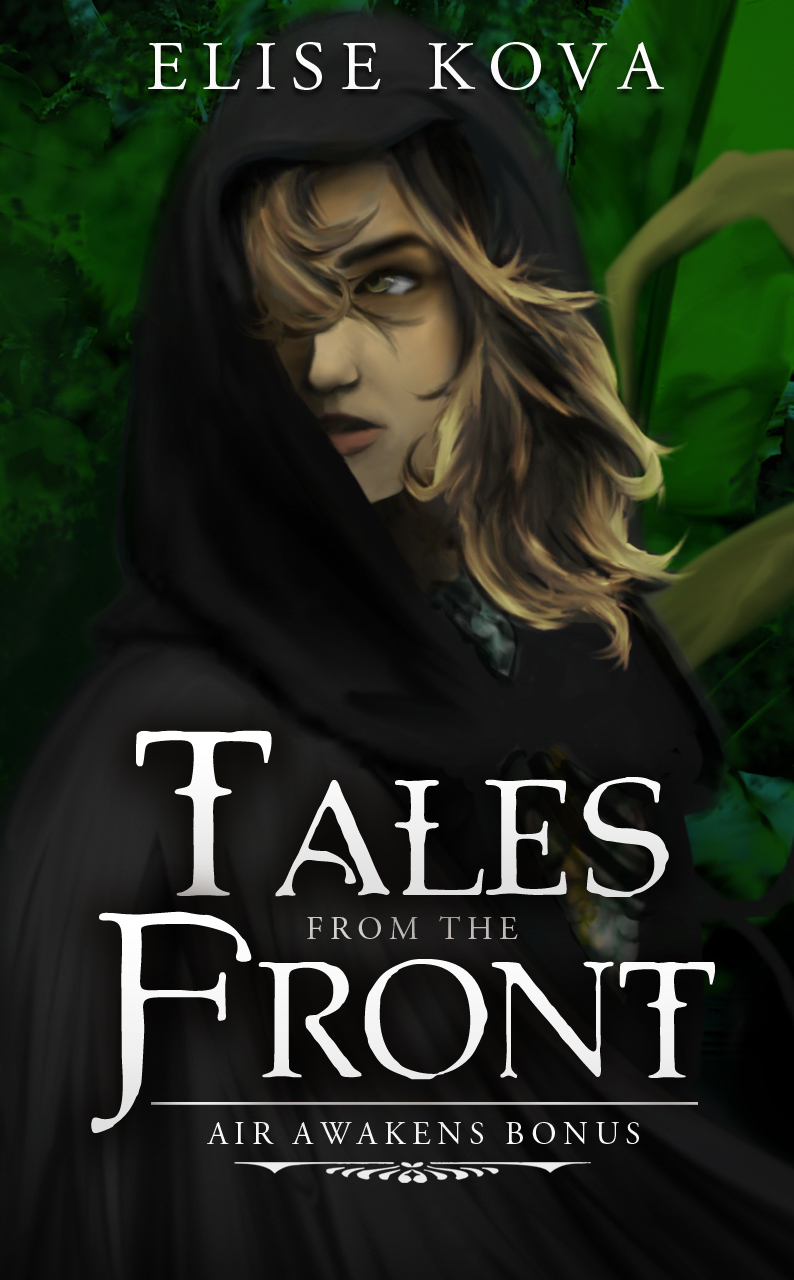 A bonus filled with alternate points of view!
See the story through their eyes

Air Awakens is told from a single point of view – Vhalla’s. As a result, many of the other character’s actions happen “off screen” and their motivations are limited to only what Vhalla sees, hears, and assumes.

Tales from the Front is an Air Awakens bonus (not completed novella or stand alone) compiled of alternate points of view that were released across multiple blogs as exclusives in early 2016. It is meant to bridge the gap between Fire Falling and Earth’s End, giving new insights and glimpses into character’s heads.