The Crown’s Dog was released just over one week ago. For those of you who have already dove into the books, you may have noticed something a bit different from the Air Awakens books that continues to enhance and expand the Air Awakens world.

The first of these maps is the general map of the mainland. This was released in the original Air Awakens series, but it got a facelift for The Crown’s Dog. 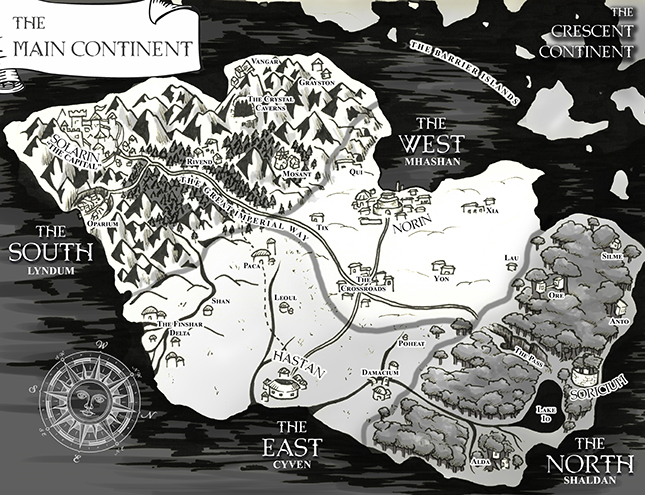 Furthermore, most of The Crown’s Dog takes place in the coastal city of Oparium. This is the first time we spend some time in that particular city. However, the first time the city was mentioned was by Sareem in book one of Air Awakens as his home town.

Jax, Erion, and Prince Baldair make their way down to the city for the summer in search of pirate treasure, spending a great deal of time there.

The Crown’s Dog includes a map of this city as well: 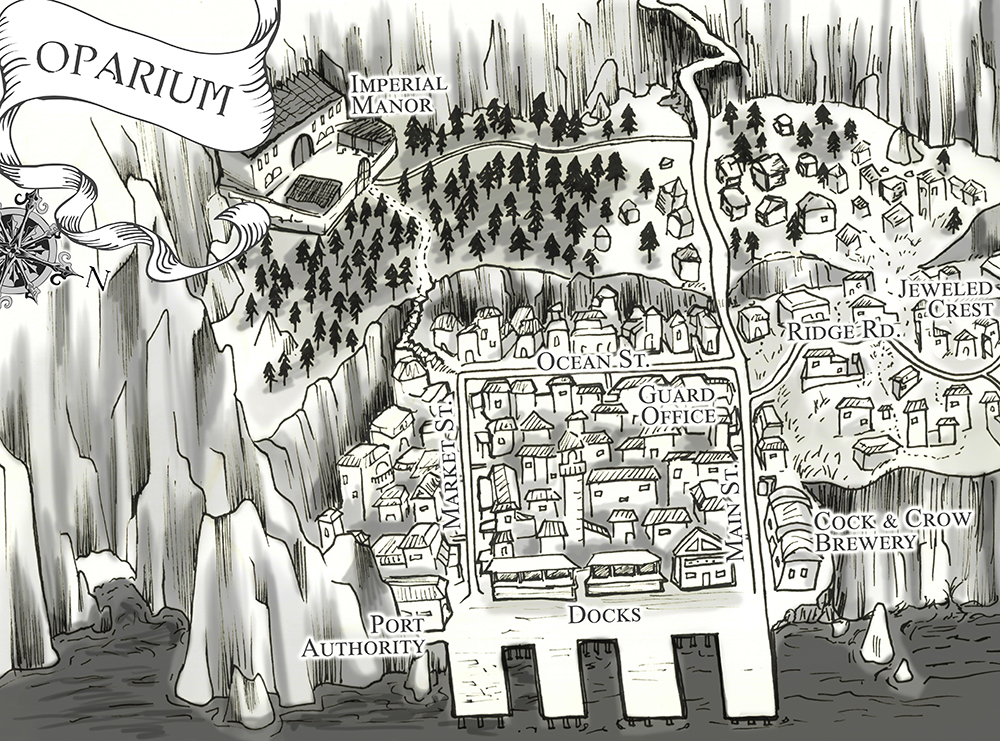 Both of these maps are in the hardcover, paperback, and digital copies of the book.

Want to read the Crown’s Dog? Buy it today: