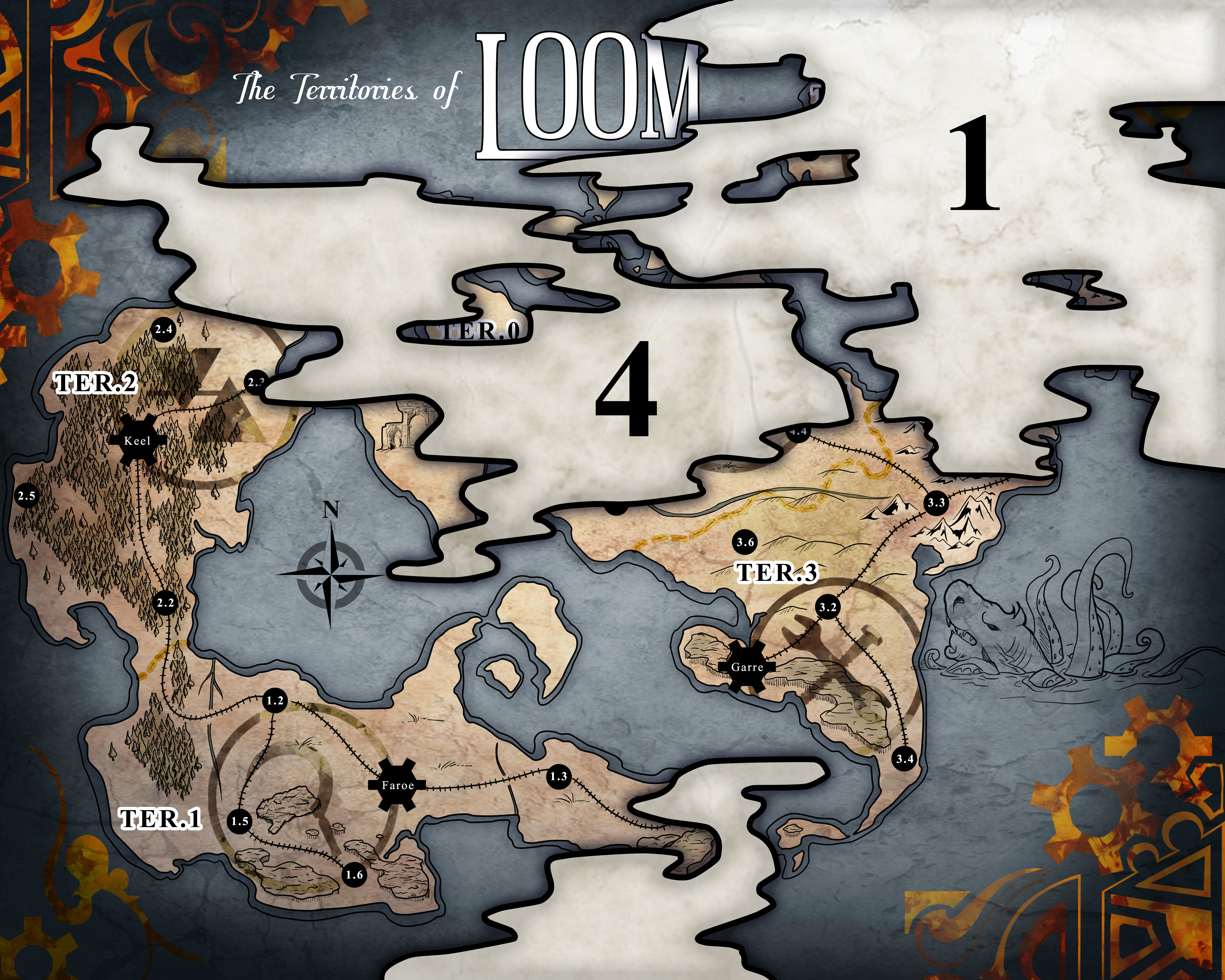 The oceans to the south and east of the world have become known for the presence of sea monsters. Therefore, most travel happens in the seas protected between the continents and via airship.

Ter.3 became the perfect Territory for the Rivets due to its diverse landscape. It provided the Rivets with a nest of various resources that the Harvesters could tap into locally – rather than worrying about shipping everything over from Ter.1. Because the speed at which a base quantity of resources could be obtained increased, the Rivets could develop new technologies faster.

Ter.3 is home to the Rivets Guild. Click here to read about their history