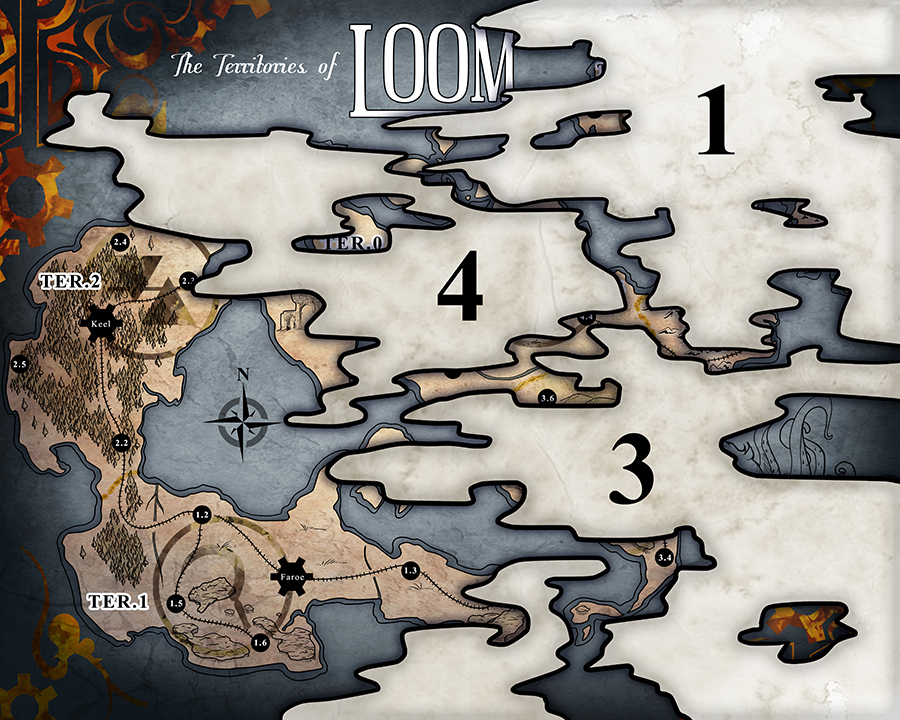 Loom is divided into 6 Territories, labeled 0-5, and are regularly abbreviated as Ter.#. Each Territory is home to a single guild. The first sectioned Territory was #1, the second, #2, and so on. The cities within the territories are similarly numbered. Therefore, the second city in Territory 1 is written as: Ter.1.2.

The first cities in each of the Territories do not have numbers. Instead, they are named after the founding Vicars of the Territory’s guild in honor of their contribution. One of the few conventions on Loom that uses names over numbers.

Ter.1 is home to the Harvesters Guild. Click here to read about their history

Ter.2 is home to the Alchemists Guild. Click here to read about their history