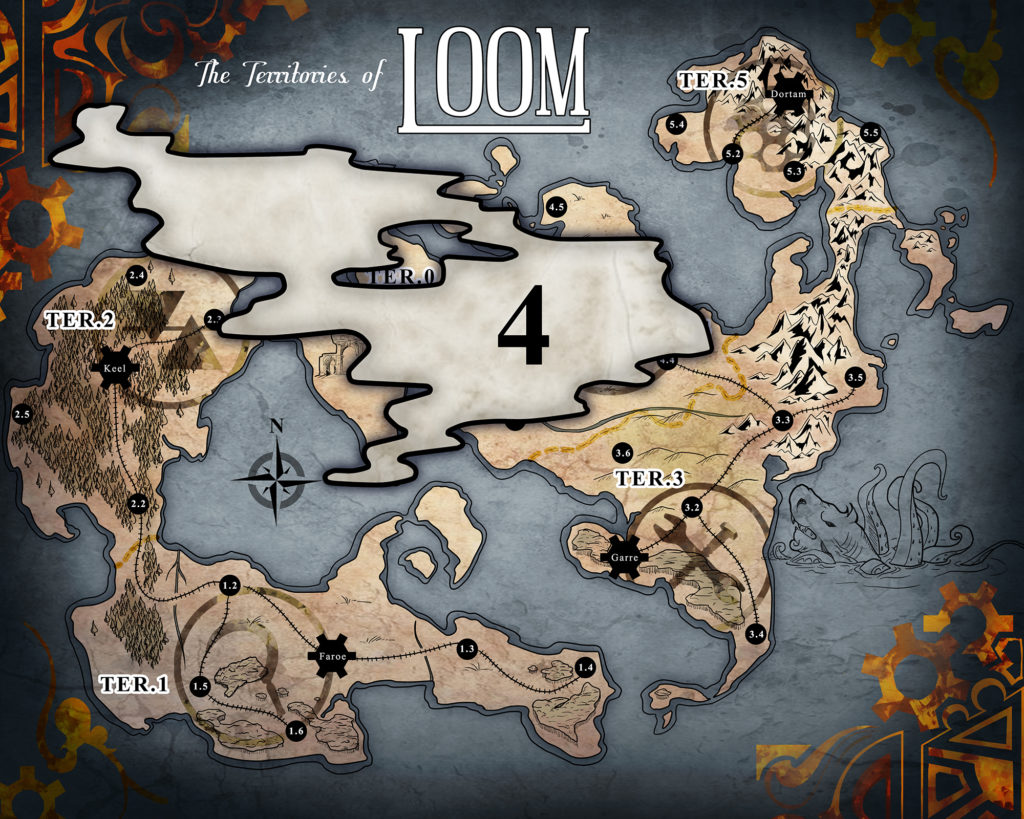 The echoes of explosions can regularly be heard in the mountains surrounding Dortam as rogue Revolvers wander off in search of secret, uninhabited locations to experiment with their latest tools of destruction. Some say that Journeymen of the guild have wandered to the islands in the southwest of the territory, turning it into their personal demolition grounds… But the Vicar Revolver has never officially commented on the matter.

Ter.5 is home to the Revolvers Guild. Click here to read about their history