There is a lot of thought that goes into the making of the Air Awakens covers. It’s a process that spans weeks of back and forth between my cover artist, Merilliza Chan, and myself. Countless hours are spent on her end bringing my words and characters to life in a way that I never could and it’s astounding to see. This process is natural to me now, but I realize many don’t know the in’s and out’s of it. So, I had to share a teaser of Meril’s latest blog (with her permission), an in-depth look at how we get from a manuscript to a cover:

On today’s topic, I’ll be showing you my journey on how I made the illustration for Elise Kova’s 3rd installment of the Air Awakens series; Earth’s End.

I’ll be covering the initial stages in depth, from thumbnails, artistic insights to design problems and finally to the finished painting.

Are you excited? Me too! Let’s get to it! 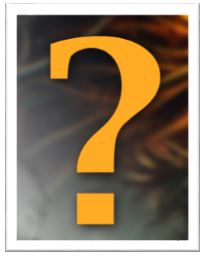 The one thing we all dread at times is how to come up with ideas. Where do we even begin? I suppose to most artists this part is usually not a problem since creativity tends to just start flowing once we start and get really into it. With Elise’s series it was much easier because the story was already laid out in the open for me to interpret (Elise sends initial manuscript and excerpts for me to read and interpret as I go). But for the most part, sometimes we just get stuck and don’t know what direction to go for. With that said, the initial problem I encountered with this project was proper visualization and relevance.

There are questions that roam my mind during idea generation stage. How do I make sure the cover stays relevant to the story without giving away too much content, along with random ones and others like; what easter eggs should I put in that the readers could go back to notice and enjoy in the cover? What is the mood I’m going to portray? Do I pick out specific scenes or do I go with the abstract route? Etc.  These type of questions usually guide me into conceptual thinking.

Thumbnails in general is a fun part for me. It’s like juggling with the many possibilities and scenarios in the story and envisioning them through very simple drawings where I don’t need to worry too much about technicalities and problem solving.

(Earth’s End initial thumbnails. There’s usually huge blocks of texts below each thumbnail to help my client understand the idea, but for this post I removed it because they indicate a lot of spoilers for the book.)

My thumbnails are usually way messier than this. The type that only I could make sense of what’s actually going on. They normally involve a lot of circle and square shapes. I usually make plenty of the initial scribbles on a scratch of paper (ones that look quite disposable) and then choose the few ones that I liked and transfer them digitally, just to make them a little more readable. There are times I go straight digital when a pen and paper isn’t in sight.

(Click here to see the old thumbnails for Book 1 and 2, Air Awakens and Fire Falling)

So with every cover that I’ve done for Elise, as well as any illustration in general, I always start with thumbnails to get the initial ideas set out, while still trying to keep in mind the many questions I’ve mentioned above.  It’s important to note that in this process I don’t really pay attention to how pretty and well done any of the elements are, just that thought of wanting to put everything down on paper before it gets lost in the abyss of my mind. Though I do make sure that the main elements are somewhat readable, since well, a client is going to look through them.

Before I go venturing into the unknown, I want to make sure I’m prepared for the journey. So I did some studies to warm up that artsy area of my brain in the hopes of increasing my chances of actually not screwing up. That, and basically trying to understand trees and forest scenery.

While I waited for Elise to choose a suitable idea, I went and gathered a lot of other forest references. As well as illustrations from various artists I deeply admire. Inspiring illustrations that I think will be relevant to how I’ll go about with this piece. I also have a reference board to help me organize and put everything in place. (I use the program refBoard sampled below).

Unlike the previous 2 book covers…

Don’t forget to enter two giveaways we have running right now. Meril has a giveaway for SIGNED PRINTS on Twitter…

…and I have a giveaway for an Air Awakens swag pack including a SIGNED BOOK! a Rafflecopter giveaway