Hey there! If you’re at this page then you may be interested in hosting my cover reveal on your blog, Tumblr, Twitter, Facebook, Instagram, or all of the above and more. I’ve tried to compile all the information that I think you could need, however, if you desire anything additional please reach out to me via email for the most immediate response – Elise.Kova.Author at gmail. I encourage you to use the information below in a post that follows your own format, rather than just copying and pasting, and have presented it in such a way.

I will also be building a list of book reviewers to send digital, and some physical, advanced reading copies to. If you are interested in being one such reviewer please reach out to me via email as well.

And, most importantly, thanks again!

A library apprentice, a sorcerer prince, and an unbreakable magic bond…

The Solaris Empire is one conquest away from uniting the continent, and the rare elemental magic sleeping in seventeen-year-old library apprentice Vhalla Yarl could shift the tides of war.

Vhalla has always been taught to fear the Tower of Sorcerers, a mysterious magic society, and has been happy in her quiet world of books. But after she unknowingly saves the life of one of the most powerful sorcerers of them all—the Crown Prince Aldrik—she finds herself enticed into his world. Now she must decide her future: Embrace her sorcery and leave the life she’s known, or eradicate her magic and remain as she’s always been. And with powerful forces lurking in the shadows, Vhalla’s indecision could cost her more than she ever imagined.

Air Awakens is the first book in a debut series of the same name.

You can find Air Awakens on GoodReads here: https://www.goodreads.com/book/show/23127048-air-awakens

Elise Kova has always had a passion for storytelling. She wrote her first novella, a high-fantasy, in sixth grade. Over the years she’s honed her love of literature with everything from fantasy to romance, science fiction to mystery, and whatever else catches her eye.

Elise lives in Saint Petersburg, Florida, where she’s currently working on the next installment in her debut YA fantasy series: Air Awakens. She enjoys video games, anime, table-top role playing games, and many other forms of “geekdom.” She loves talking with fans on Twitter (@EliseKova) and Facebook. Visit her website, EliseKova.com, for news and extras about her books! 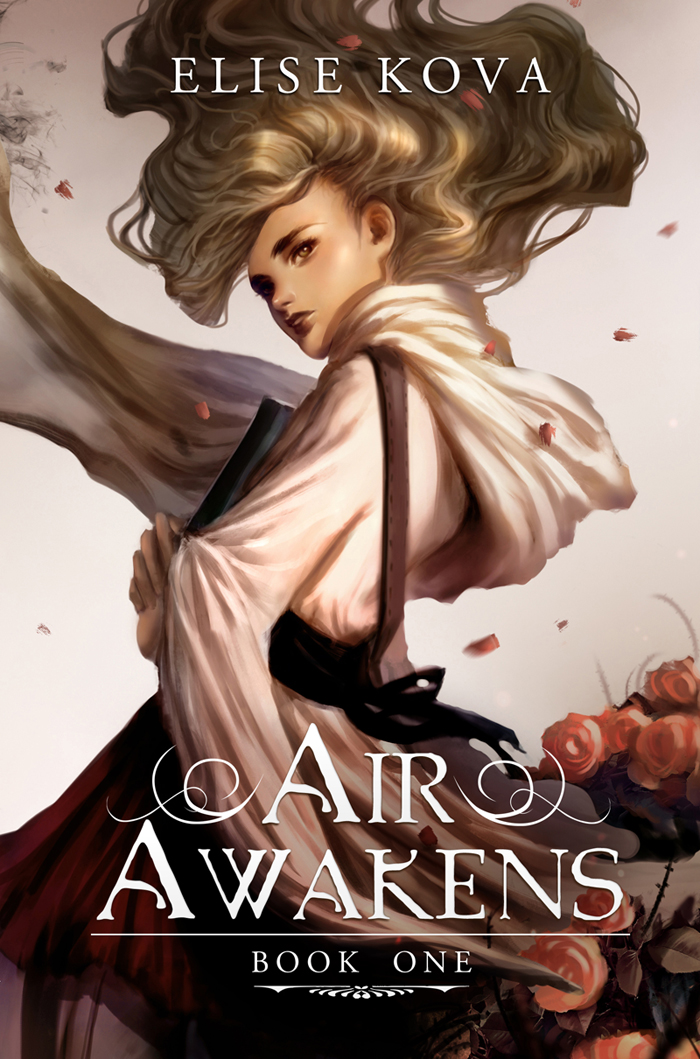 If you have issues with the above embed code please use this link for troubleshooting: http://www.rafflecopter.com/rafl/share-code/Mzk2OThmNmNlMjFhODA4MGM5NDg4NmE1NGQ0Njk5OjI=/?

Participating blogs may use the following excerpt from Air Awakens for promotional purposes:

… Later that night Vhalla fought sleep. In one hand she clutched the cryptic note, the other ran through her long hair, snagging on tangles.

She was tired of these games. Despite the trenchant and dry nature of her phantom, she did not want their correspondence to end. Her eyes drifted closed, no closer to a resolution of the battle raging inside her.

She stood in the empty hallway before the torch-lit library doors. Normally she entered at a run, but this time she walked. There was no need to run; it would all be the same anyways. She passed through histories, down the hall of mysteries, and a little further still to her window seat.

There she saw him, a black shadow illuminated only by the light of a single flame hovering magically at his side. He didn’t move and, for the first time, she didn’t speak.

In the silence Vhalla studied him. This night her dream became sharper, clearer. By not trying to speak, the dream remained stable long enough to make out features that normally were shadowed and fogged. The man was older than her by about six to eight years. His shoulder-length black hair was slicked back, away from his face and set with something that gave off a dull shine in the light.

“You are early tonight.” A deep voice hovered in the silence.

Vhalla was confused. I’m early? she wanted to ask, but only air escaped from her mouth.

“You have to try harder,” he sighed, pretending to inspect the book he had propped against his black-clad knees.

Try harder? Still only air passed through her moving lips.

“Tell me your name,” he commanded.

“Tell me your name,” he demanded again, agitation clipping his words.

“Tell me your name!” He snapped his book shut and turned to her. She could almost see the fire behind his coal-colored eyes.

Don’t slam books closed! She found her voice, and it echoed through the dream from her to his ears.

Vhalla felt his laughter resonating through her as she woke with a start.

Sitting, she tried to control her ragged breathing. It was hopeless and something wild took her.

She was up, on her feet, and down the hall in a flurry of motion. Vhalla didn’t even think twice as she put her shoulder to the solid library door to push it open. A faint flicker of light glittered off the lacquer of the shelves.

Her sudden stop almost caused her to tumble forward into the man on the window seat. Her window seat. Her chest rose and fell with each gasping breath, and her side hurt slightly from the sprint, but her eyes locked onto him. She stood there in silence for a long moment, the stunning clarity of the world around her reminding her that this wasn’t a dream.

Slowly, he put his hand on the seat and turned, piercing her with his eyes. A knowing smirk spread across his face as he commanded her with only his stare. Minutes or hours could have passed before he spoke.

“I knew you would come.”

Follow me/tag me on my social channels so I can signal boost your efforts:

Please consider linking my social channels to your post so that your readers know how to find me. 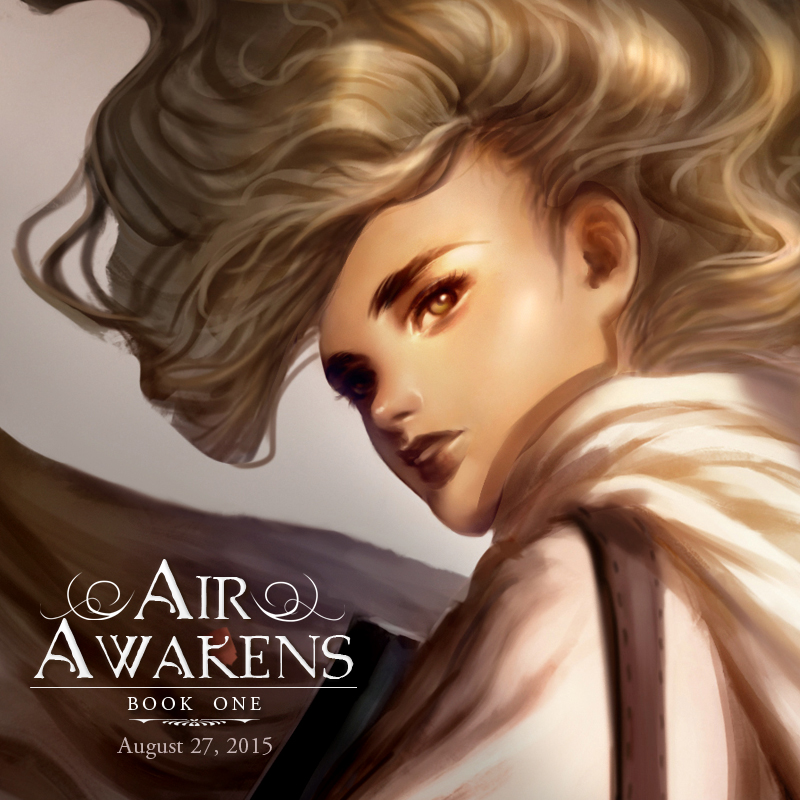 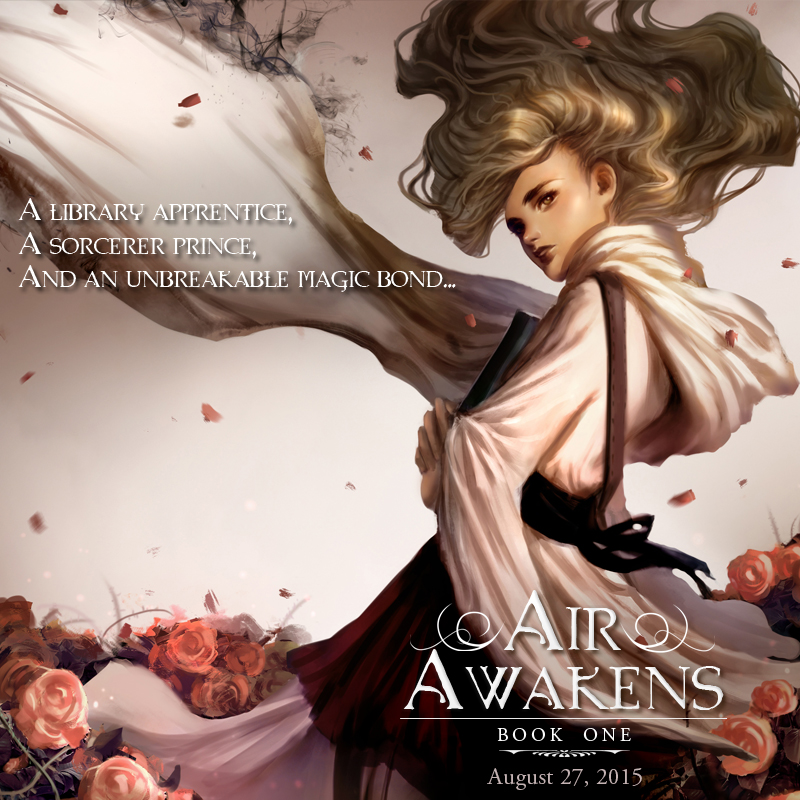