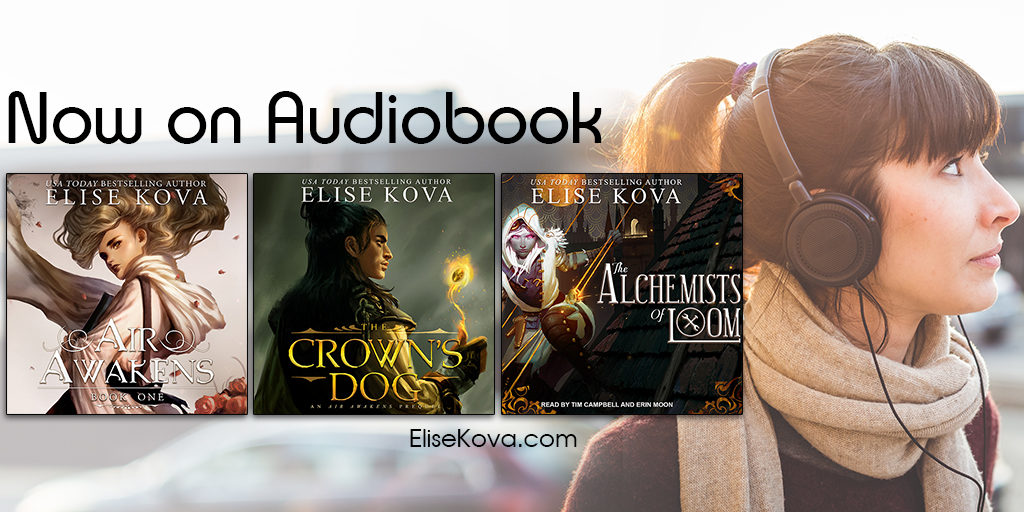 I’m really excited to announce that the Air Awakens audiobook is OUT NOW! It’s been a long time coming and, for those of you who have been with me for a while, you know it’s gone through discussions of rights acquisition, a MIA narrator, and then the narrator I ended up with had a large learning curve… Looking back, it would’ve been easier if I had just signed and sold away the rights (like I did with THE ALCHEMISTS OF LOOM) and then it would’ve been off my plate. But, I don’t regret the path I took to get here. It was all about taking chances.

I took a chance on myself, on my story, by self-publishing Air Awakens. I learned so much in a short amount of time about publishing, and since then those tools have been invaluable to me.

I took a chance working with an artist (the wonderful Merilliza Chan) who had never worked with any other author or on a book before. We learned so much together, and I’m so honored we had that relationship.

So when it came to selling the rights for the audiobook, I declined because I wanted to continue taking chances with Air Awakens, learning and growing. When the first narrator didn’t work out, I took a new chance.

It has been my esteemed privilege in life to be surrounded by some of the most amazing and talented people I’ve ever met. And, one such person, a best friend from college actually, has such a gift for acting that when she expressed interest in the audiobook, I decided to enter in that agreement with her.

They say, don’t go into business with your friends. But doing so was one of the best decisions I’ve made. I could spend weekends with her working out character voices (and developing some of the best blooper reels ever — coming soon). I could text her and be completely honest. And, while she had a large learning curve (as she’s never done anything like this before) I think what she created is something fantastic, and I couldn’t imagine anyone else bringing Air Awakens to life.

Long story short… There will always be the “safe way” to do something. And, sometimes, that is the right decision. But, there will also always be chances you can take, spaces you can make, and it’s in those spaces just outside our comfort zones that the magic really happens.

I hope those of you who enjoy audiobooks appreciate the magic that Devan (my narrator and bestie) and I created. 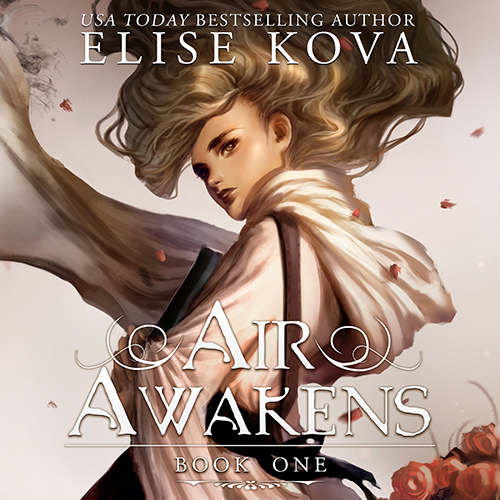 Listen to the Air Awakens Audiobook on:

Love audiobooks? Check out my other books: 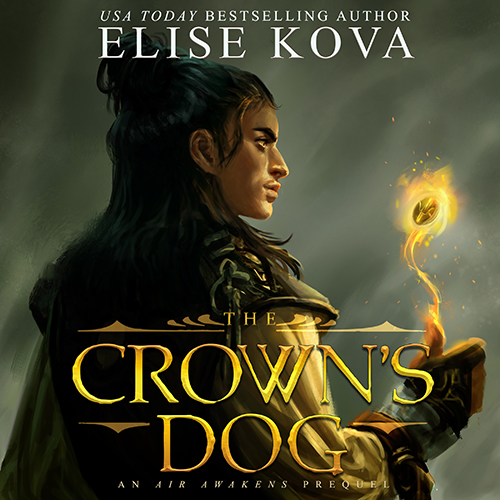 Listen to The Crown's Dog Audiobook on: 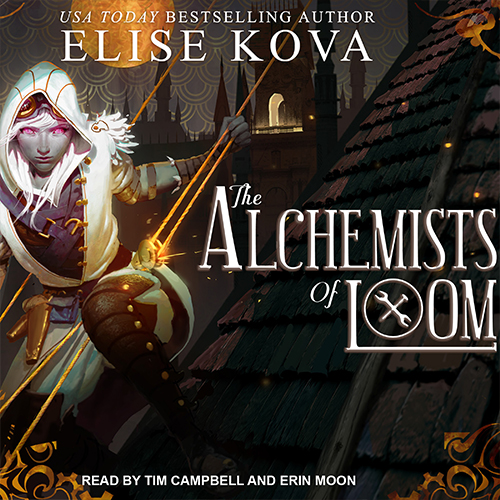 Get The Alchemists of Loom audiobook in digital & physical formats from: