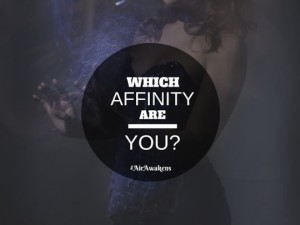 Read what some awesome book bloggers would do if they were a Firebearer for a day:

Let Me Be Fictional 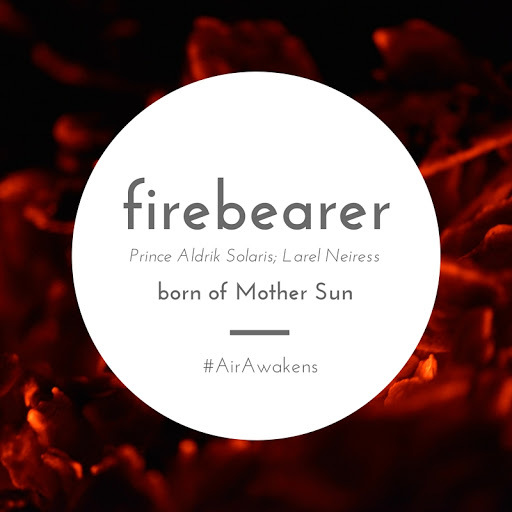 Overview:
Flashy magic and notable sorcerers makes Firebearers one of the most recognized Affinities in the Air Awakens world.

Usually originating from Mhashan, the “West”, Firebearers are nearly synonymous with Western culture. From their influence in the origins of the Mother Sun religion to their Affinity of the Self that spawned the whole trade of curiosities, Firebearers are steeped in tradition.

Stemming from their magic, Firebearers are often times noted for their passionate personalities. From the unending simmering heat of loyalty to the infernos of anger, Firebearers are assumed to swing wildly in their emotions. Much like fire, once they have committed to something they are known to follow a course until its end despite any hardships, holding flames long when others have flickered out.

Magic:
The magic of the Firebearer is control over flames.

From small tongues of fire to infernos, Firebearers can summon and control flames. A Firebearer’s magical strength, relative to others, is much more important than the other Affinities. Firebearers can burn through most any ice or wood that Waterrunners or Groundbreakers (respectively) can conjure if they are stronger than the sorcerers who conjured them. If a Firebearer is magically superior they can also steal control of another Firebearer’s flames and burn them.

Magical overpowering aside, Firebearers cannot be burned. With their skills in generating flames and heat they are often jewelers or smiths, being able to temper and manage molten metal. But, that’s not the only way Firebearers can earn their keep. Firebearers Affinity of the Self is a rare gift to use flames to peer into the future. Sorcerers who possess this gift are few and far-between, a talent that is natural and cannot be learned to any extent. Those with the gift sometimes open curiosity shops, where daring and inquisitive souls can ask a question about their future.

Most Firebearers come from Mhashan, currently known as “the West.”

Mhashan is dominated by the Western Waste, a large and mostly inhospitable desert. Endless dunes and oppressive heat have hardened the people into a fierce culture with a fiery history. Mhashan was first to worship the Mother Sun, saying that Firebearers are blessed by the goddess to wield her eternal flames. The original crones, priests of the sun religion, were exclusively Firebearers.

Mhashan was ruled by an ancient family. Jadar Ci’Dan ascended to the throne in the year 156. Not ten years after, he decreed that all Windwalkers were to be brought to him for “cleansing by fire.” Under the guise of a holy war, King Jadar sought the power of the Windwalkers for their mysterious link to the Crystal Caverns.

The elder of his two sons was a Commons, but made up for his lack of magic with swordsmanship. He founded what came to be known as the Knights of Jadar, a secret society dedicated to furthering Jadar’s cause in what was later called the Burning Times. The younger of his sons eventually ascended the throne as the Firebearer and blessed of the Goddess despite clearly not being the favorite of the two.

Both lineages continued with a fierce familial loyalty until the Empire’s conquest of Mhashan in 322. The reigning king was slain and his son, Lord Ophain Ci’Dan, bent knee before the Emperor. Aghast at this, the Knights of Jadar rallied against the Ci’Dan family by disowning their name, going underground, and staying loyal to the “true king” Jadar.

The youngest of four royal children, Princess Fiera Ci’Dan was born with little expectations. Her eldest sibling and only brother, Ophain Ci’Dan would inherit the throne. And, should something befall him, her two elder sisters stood poised to take it before her. However, of the four, only Fiera and Ophain Manifested the fire magic that had been “passed down” in the Ci’Dan family for generations, giving her immediate attention by noble suitors in the West.

Where her father was said to be the head of the kingdom, Fiera was said to be the beating heart. Her vivacious personality, tenacity, and sharp wit made her a combination of testing and pleasurable to be around. For eighteen years, Fiera staved off suitors in the Western Court, playing each bachelor long enough to have them promise funds and soldiers to the war against the Solaris Empire’s attempt at Mhashan’s conquest.

But, Fiera was not an idle woman. In the final years of the war she took to the field, leading the army in tactical attacks. Her title gave her appropriate respect and her skill gave her unquestioned loyalty. Despite her expertise in combat and war, she couldn’t tip the odds in Mhashan’s favor enough. As the war dragged on for nearly ten years, sapping the resources of the West, the Emperor launched a clever attack, claimed the city of Norin, and killed Fiera’s father – the King of Mhashan.

Mourning didn’t take the edge off Fiera’s mind. Despite her resentment toward the Emperor and his transgressions against her family and home, Fiera respected his outsmarting of her defenses (despite greatly frustrating her). She challenged the Emperor at every turn in his work to merge the West with the Solaris Empire, speaking to keep Mhashan’s traditions like the Western Court. Where most would’ve been ostracized for their boldness toward the Emperor he found himself equal parts frustrated and enchanted with the Western woman.

They were wed before the eternal flame in Mhashan before the year was up and Fiera was quick with child. However, dying shortly after the birth of their only son, Prince Aldrik, led to questions about his true parentage. Many whispered that Fiera had taken to a Western suitor long before the Emperor and that Tiberus Solaris was only claiming the child to be his own to maintain positive relations with the new, strong addition to his empire.